She started her journey with a destiny but no way... She has to figure the way, she decided to have something first than travel further.
Her favorite place was not too near although uber helped her to reach their. She was regular customer their though all service providers were her smiling friends.. That location keep her reminding she must be proud Indian.
But fate have decided something else for her. Having mojita in one hand and Google search in another she searched where to move first, she booked herself a sleeper in bus their she faced her first problem as per all single sleepers were booked she decided to book herself on double one as per traveling noms beside her only female traveler could travel or book sleeper.. But bus owners had some different mind set to earn more money they called girl traveler and asked her to book another sleeper too so that no men could enter in her sleeper their they argued for a while n hang up.. After 10min again he called and informed her we shifted your seat on single sleeper and hangup. She was surprised cause when she searched online no single sleeper was available though she got all plotting of bus owner and judged his business.
After having some breakfast she left that place after watching national flag in air.. Crossword another calm place where she finds peace of mind moving towards her journey where she traveled from one very familiar place to stranger's town she was afraid although she knew if she made her journey safely it will open many doors in her life.. For that sake she pushed her fear aside and stepped out from bus in that strangers place.
Things were going very smoothly, but that's true when u expect least that's the moment of maktub to punch u... She reached railway station their when she reached ticket counter.. Distributer was someone who used to rape women from eyes.. And that time he did same though she was already terrified cause still her destiny was miles away.. After giving her ticket at the time of returning her change left he might judged her as slut or something cause she was solo traveler a 19year old solo traveler he gave his no. On 10rs. Note was that correct.. She had no time to stay their and fight for her respect so she decided to move on and guess the solution later. In train one old man came he cleaned complete compartment and then asked for some money to fulfill his needs that 10rs note was now in his pocket... That's the solution she had action speak louder than words... Value of that note and way how all happened .. Indeed she cursed being in India where society never respect girl they bow their head in front of goddess but never before real women's
What's true? What's a correct manner to behave with individual?
That day her soul was her saviour his voice echoed in her ear do what's correct listen to yourself never let such bulshit stop you!
She reached her journey safely. 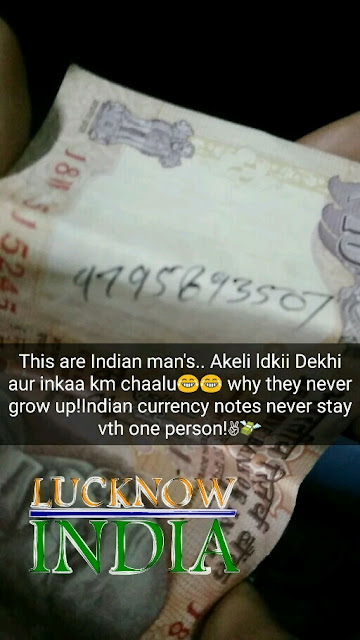